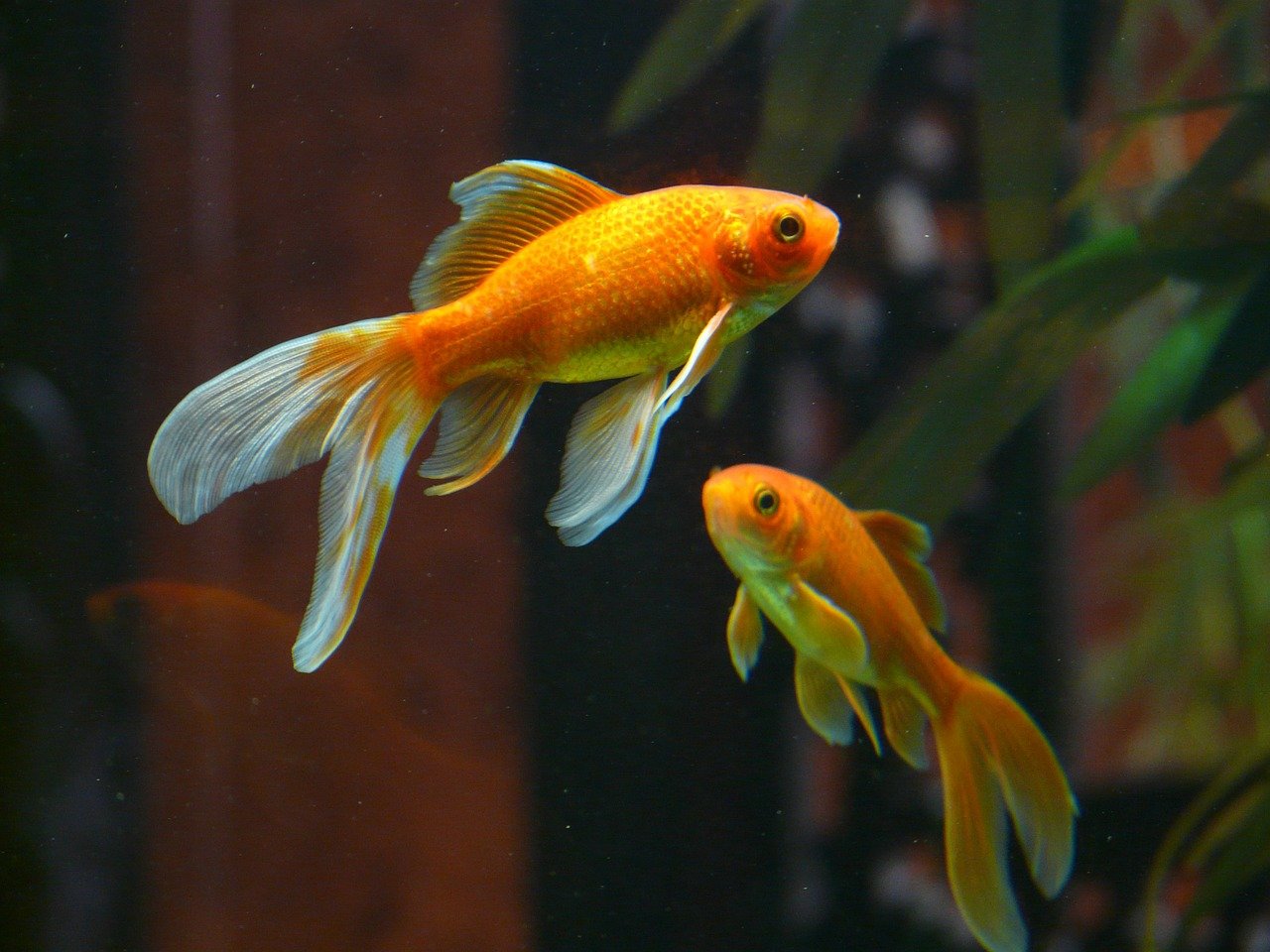 Bob and Finn were two goldfish, sharing the sparsely-furnished space the pet shop owner described as the “ideal starter tank”.  At one side of the tank, half-buried in the pink plastic “gravel”, was a small object with pretensions of being a castle.  At the other, giant human faces would periodically press themselves against the glass to peer at the tank’s inhabitants.  Anchored under the castle, a single strand of artificial pond-weed swayed in the water each time one of the fish swam past, but otherwise remained as motionless as it was lifeless.  Above their heads, flakes of food periodically dropped from the automatic feeder and came to rest in clumps on the fragile meniscus, before eventually falling – if they didn’t get to it first – to the gravel bed amongst the… well – let’s leave that to the imagination.

As goldfish went, Bob was a bit excitable.  Unlike Finn, he wasn’t satisfied with the castle and its tall thin tree.  It had all been interesting enough when he was first plopped out of the plastic bag into Finn’s tank.  In those early days, Finn himself had been an endless source of amusement – either chasing him or allowing himself to be chased up and down, round and round.  But not anymore.  Finn was old and slow and annoyingly content simply to wait patiently for the one moment of excitement each day when the food plopped down from above.  The appearances of the human faces were growing less frequent, and now it was Bob’s turn to press his face against the tank sides trying to get a clear view of the world beyond – the world from which the faces came and which seemed so vast and interesting.

“Don’t do it!” said Finn.  But Bob’s mind was made up.  Finn had tried to dissuade him with a variety of different arguments, but each one just made Finn sound more like Finn – or more like Bob had begun to see him, anyway – a boring and unadventurous spoilsport.  And so, despite Finn’s protestations, Bob hunkered himself down hard against the gravel before unleashing an almighty burst of energy which propelled him up through the water, past the top of the castle and through the food-covered surface of the tank with a splash.  His orange form carried on wriggling as it continued airborne for a few moments – over the top of the tank side, and out into the brave new world he had so longed to experience.

As he hung in the air outside the tank, Bob’s eyes quickly adjusted to the sights around him, no longer magnified by the water in which he had spent most of his life.  He thought to himself as he descended, “What a breath-taking sight.”  And then he realised that his new environment really was taking his breath away.  As he came to land on the hardwood floor, he looked up towards the tank, high above him on the dresser.  Finn was there, pressed up against the glass.  He could see him calling, “Bob!”  But he couldn’t hear him.  And he couldn’t swim.  And everything was such hard work.  And it all looked blurry.  And …

For nearly 2000 years, our nation, culture and ways of life have been influenced by Christian values and thinking and we have flourished.  But now, like the serpent in Eden, a growing whisper is likening Christianity to a prison, encouraging us to break free from it in search of a brave new world.  Call me a spoilsport if you like, but I’m not convinced.

May you know and honour the blessings God has brought you in Jesus.